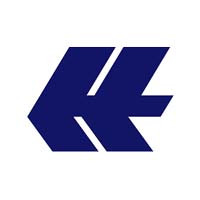 German multinational liner shipping company Hapag-Lloyd will invest $18 million in its new North American headquarters to be located in Dunwoody, Georgia, creating an additional 250 jobs in the metro Atlanta region.

“Hapag-Lloyd has been moving people and cargo around the globe for over 150 years, and is one of the most recognizable names in the shipping industry,” said GDEcD Commissioner Pat Wilson. “Likewise, logistics is an innate part of Georgia’s economic prowess. From sea and rail to air and road, the state’s economy has long been connected to the movement of goods and people. We are extremely excited to bring one of the most important companies in the logistics industry to the state, joining a robust family of international companies that call Georgia home.”

Based in Hamburg, Germany, and with a fleet of over 250 modern container ships and a total transport capacity of 1.8 million TEUs, Hapag-Lloyd is one of the world’s leading liner shipping companies. Hapag-Lloyd currently employs more than 500 Georgians across the state. Once the company’s North American headquarters project is complete, Hapag-Lloyd will employ more than 750 people in Georgia. GDEcD Commissioner Pat Wilson met with company leadership in Hamburg during his November economic development mission to Germany.

“We are excited to create a new home for Hapag-Lloyd in North America,” said Uffe Ostergaard, President of Hapag-Lloyd’s North American region. “Our new headquarters will allow us to bring more of our team together, under one roof, to better serve our customers and expand career pathways for our staff. We look forward to growing, and thriving, in Atlanta.”

The company will open its new 125,000-square-foot headquarters at Three Ravinia in Dunwoody by summer 2022. With the new location and investment, Hapag-Lloyd will be hiring for careers in finance, human resources, IT services, and more.

“We are so pleased to welcome Hapag-Lloyd and their team members to Dunwoody,” said Dunwoody Mayor Lynn Deutsch. “We appreciate our longstanding partnership with the State of Georgia and DeKalb County as we continue to grow the Dunwoody Perimeter Market.”
“Hapag-Lloyd’s announcement reinforces DeKalb County’s greatest assets. DeKalb has a skilled workforce, is easily accessible to major highways and transportation hubs, and is a business-friendly community for those looking to settle or expand,” said President of Decide DeKalb Dorian DeBarr. “Having this world-class, international company make DeKalb its North American headquarters is tremendous, and we look forward to the success and growth that is coming.”

The Georgia Department of Economic Development’s Director of Corporate Solutions and Cybersecurity in Global Commerce Kristi Brigman represented the Department on this project in partnership with GDEcD’s Europe office, Decide DeKalb, the Dunwoody Development Authority, and Georgia Power.

With a fleet of 257 modern container ships and a total transport capacity of 1.8 million TEU, Hapag-Lloyd is one of the world’s leading liner shipping companies. The Company has around 13,900 employees and 418 offices in 137 countries. Hapag-Lloyd has a container capacity of approximately 3 million TEU – including one of the largest and most modern fleets of reefer containers. A total of 129 liner services worldwide ensure fast and reliable connections between more than 600 ports on all the continents. Hapag-Lloyd is one of the leading operators in the Transatlantic, Middle East, Latin America and Intra-America trades.

Deluxe Partners with U.K. Department for International Trade on Fintech Mission to Promote Collaboration and Innovation

Workforce Strategy: The Art and Science of Retaining Talent

THE HOME DEPOT EXPANDS REPORTING ON DIVERSITY, EQUITY AND INCLUSION AND DEFORESTATION EFFORTS