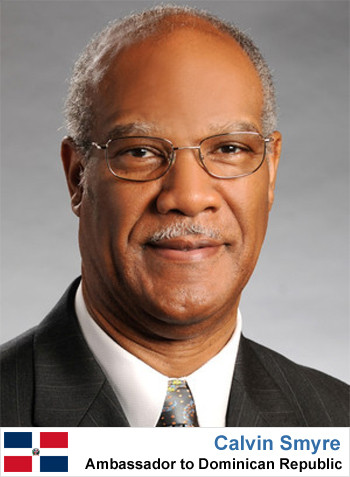 President Joe Biden has nominated Georgia's Calvin Smyre as Ambassador to the Dominican Republic. Calvin Smyre has served for 47 years as an elected Representative in the Georgia State Assembly and was Chairman of the Democratic Caucus within the Assembly for over a decade and still serves as Chairman Emeritus of the Caucus.

He is the ‘Dean’ of the Georgia House of Representatives and serves on the Appropriations, Rules, and Higher Education Committees. Smyre is President Emeritus of the National Black Caucus of State Legislators (NBCSL) and a member of the National Conference of State Legislators. In the private sector, he served for almost four decades as the executive vice president of corporate affairs for Synovus Financial Corporation. He represented Synovus on the Financial Services Roundtable in Washington D.C. and was also the President of the Synovus Foundation.