Herbert A. Allen Retires from Board of Directors of The Coca-Cola Company 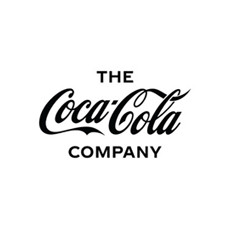 The Coca-Cola Company has announced that Herbert A. Allen has retired as a director, stepping down after 39 years of service.

Allen, 80, was the longest-serving current member of the company’s board of directors. Allen retired effective Aug. 18. With Allen’s retirement, Coca-Cola now has 11 directors.

“Herbert joined the board in 1982. Throughout the years, his counsel and sound judgment have guided company leadership through many evolutions. His positive impact on Coca-Cola will last far beyond his tenure on the board. We wish him all the best in the next chapter.”

“The greatest part of serving as a director has been meeting and getting to know a wide variety of people in the company,” Allen said. “Whether bottlers, Coke employees, officers or company directors, virtually everyone has been part of an enriching experience. As a shareowner, I extend my appreciation and gratitude to all of you.”

Allen joined the Coca-Cola board when the company was led by Chairman and CEO Roberto Goizueta. Allen went on to work with five other chairmen of the company, most recently Quincey.