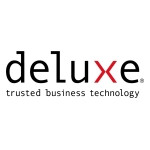 Deluxe has been named one of America’s most trustworthy companies by Newsweek. The announcement came on March 30, listing Deluxe amongst a handful of prominent financial service companies to receive the honor.

“Deluxe is the Original Payments Company™ and for the last 106 years, we have been helping businesses of all sizes pay, get paid and grow,” said Barry McCarthy, President and CEO of Deluxe. “Being named of the most trustworthy companies in the country by Newsweek is further recognition of the incredible transformation we have been on in the last three years, creating platforms and solutions that help our clients thrive.”

Newsweek partnered with Statista to compile this first annual ranking of America’s Most Trustworthy Companies, which looked at publicly traded U.S. corporations in 22 industries with $500 million or more in annual revenues. An independent survey of more than 50,000 U.S. residents was conducted to determine the list of 400 companies Americans trust the most, ranked by industry.

Deluxe provides its more than 4 million small business customers and 4,000 financial services and enterprise customers with a wide array of platforms and solutions such as merchant services, HR & Payroll, payment solutions, data, cloud, checks and promotional products. And Deluxe is known for its commitment to the communities it serves, including recent recognition as a Great Places to Work company, certified as a Beyond the Yellow Ribbon employer for proactively supporting service members and military families, and receiving recognition as a Best Places to Work for LGBTQ+ Equality. Deluxe has also been named a best place to work for parents and has been honored by St. Catherine’s University in St. Paul for gender diversity in its leadership team.