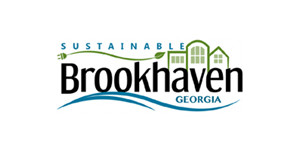 "Today's action by the City Council marks a historic milestone for Brookhaven. This is the result of a collaboration with MARTA which has been ongoing for five years,” said Mayor John Ernst. “We were all seeking a transit-friendly live-work-play solution that meets the current and future lifestyle needs of residents and our greater regional community. I am looking forward to continuing the partnership with MARTA as we create a permanent City Hall.”

“MARTA is excited to partner with Brookhaven to establish a transit-supportive City Hall, one of only a few in this country located at a rail station. This project will inspire future development around the station, increase ridership, and improve pedestrian and bicycle connectivity, and makes a powerful statement about the centrality of transit,” said MARTA Interim General Manager and CEO Collie Greenwood.

“This is a pivotal achievement as the City of Brookhaven celebrates its 10th year of cityhood in 2022.  Brookhaven will create a transit-supportive, walkable, active City Hall synonymous with Brookhaven as a forward-thinking City,” said District 1 Councilmember and Mayor Pro Tempore Linley Jones.

“The partnership with MARTA underscores Brookhaven’s commitment to the integration of public transit and its importance in developing a connected community.  I hope Brookhaven serves as an example for other governments to follow,” said District 2 Councilmember John Park.

The new City Hall site could not be in a better place.  The development will inspire future transit-oriented development around Brookhaven and improve pedestrian and cyclist connectivity all around,” said District 3 Councilmember Madeleine Simmons.

“While there are a couple of cities with headquarters near MARTA rail, Brookhaven will be the only one with a City Hall adjacent to a train station. Visitors to City Hall, employees, and onsite community events will be able to leverage transit ridership conveniently, which is better for traffic and air quality,” said District 4 Councilmember John Funny.

Brookhaven will oversee planning, financing, and construction of the future City Hall. The lease-purchase agreement specifies Brookhaven will lease the almost $3 million property for 50 years before purchasing. A timeline for construction is still being established.

The 1.24-acre property on Peachtree Road is currently used for long-term parking which will be relocated to the eastern side of the station, and Americans with Disabilities Act (ADA) accessible spots will be moved closer to the rail station entrance along Peachtree. Prior to the start of construction, MARTA will continue to accommodate long-term parking at its current location.