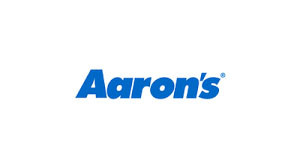 The Aaron's Company, Inc., a leading, technology-enabled, omnichannel provider of lease-to-own and retail purchase solutions, has announced the donation of 225 mattresses to Atlantans relocated from the Forest Cove apartments to a new community.

The Company made the donation to honor its founder Charlie Loudermilk, who passed away in August.

"Charlie Loudermilk founded Aaron's in 1955 and achieved incredible success as an entrepreneur building our Company. Equally important, he was a champion of giving back to the City of Atlanta and the other communities that we're privileged to serve," said Douglas Lindsay, CEO of The Aaron's Company. "We're proud that we could make this donation so that these Atlanta families can rest comfortably in their new homes."

Aaron's has a long history of supporting the communities where its customers and team members live and work. The Company heeded the call of Atlanta Mayor Andre Dickens, who has been spearheading the effort to find new homes for people at Forest Cove, a community that was in disrepair, when he asked for help in furnishing the new residences.

Dickens rallied dozens of companies, organizations and nonprofits to raise about $9.1 million to relocate the more than 200 families who were living in the complex that had been severely neglected. They all had choices on where to relocate.

"An equitable Atlanta where no one is left behind requires community partners like Aaron's who show compassion and generosity to our communities," said Mayor Dickens. "When I came into office and met with these families, even though the City was not responsible for the conditions there, we knew we had a moral obligation to act. Thank you to Aaron's and all the other community partners who made the relocation process a success. This is the Atlanta way."