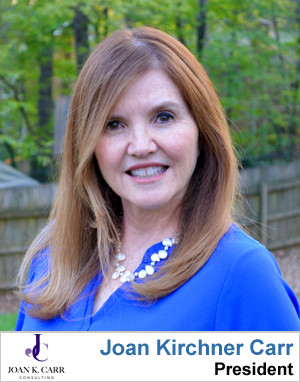 Joan Kirchner Carr, who spent three decades in government/politics as a chief of staff to three U.S. senators and as a news reporter at the Georgia Capitol, is launching her own consulting firm.

Joan K. Carr Consulting will be based in Atlanta and will focus on government affairs and communications.

Carr just finished 20 years in the U.S. Senate, earning the rare distinction of serving as chief of staff to three senators of both parties and both genders: Democrat Zell Miller and Republicans Johnny Isakson and Kelly Loeffler. Carr also was the first woman chief of staff in Georgia’s congressional delegation.

“Joan was a great leader who exercised good judgment and made sure our office always delivered results for constituents. Her advice and counsel to me over the years were invaluable,” Isakson said.

Before going to the Senate with Miller in 2000, Carr worked as a reporter in Georgia for the AP, Morris News Service and The Augusta Chronicle. Among the Georgia leaders she covered as a reporter were two who became her future bosses in the Senate:  Miller and Isakson.

“I have been honored to work for great leaders who gave me a front-row seat to history, and I will put the lessons learned from them to good use in this new chapter,” Carr said. “The Senate is a pressure-cooker environment where mistakes make news, and I honed the skill of staying calm and focused while putting out the 97th fire of the day.”
Carr is married to Georgia Attorney General Chris Carr.