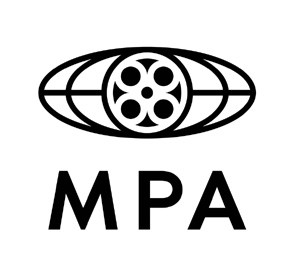 The Motion Picture Association (MPA) has named Brandon Reese as Vice President of State Government Affairs for the Southeast Region, creating a new office in Georgia.

“Georgia is one of the largest centers for film, television, and streaming production, not only in the United States, but in the world as a direct result of the investments made and incentives offered by the state,” said Patrick Kilcur, Executive Vice President of U.S. Government Affairs at the Motion Picture Association.

“Every year, over 100 productions call Georgia home – creating thousands of jobs, supporting countless local businesses, and generating billions of dollars in economic activity. While we have long worked in the state, by creating a physical presence in the Peach State today, the Motion Picture Association is underscoring how important Georgia and the Southeast region is to our industry.”

“Brandon is one of the foremost advocates in Georgia and has deep knowledge, expertise, skills, and relationships that will certainly advance our key priorities,” said Bañuelos. “The Motion Picture Association, our member companies, and everyone who has a job supported by our industry in the region will benefit from his work. I’m thrilled to have him join our team ahead of the next legislative session.”

Reese has worked in and around the Gold Dome for more than twenty years and is consistently ranked in trade publications as a top-tier lobbyist, ranking #1 in James Magazine in 2011. Most recently, he served as Vice President of Government Relations for Wellstar Health System. He also spent more than four years representing job creators at the Georgia Chamber of Commerce and four years lobbying for reliable and affordable power on behalf of Georgia’s electric utilities and the customers they serve.

“Like so many Georgians, I’ve witnessed firsthand the growth, impact and investment the film industry has made across our state and throughout the Southeast over the past several years,” Reese said. “By expanding the business model of production for film, television, and streaming in the region, the MPA is helping make sure that our friends and neighbors that work in these industries can do so close to home. I look forward to continuing strengthening jobs and communities in every corner of Georgia and the surrounding states.”

Reese holds a degree from the University of Georgia. He and his wife were 2019 members of Leadership Georgia. He resides in Atlanta with his wife, Alison, and their daughter, Blair.