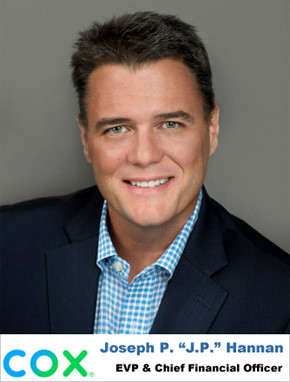 Hannan brings to CMG three decades of deep functional expertise and technical knowledge in all aspects of corporate finance and financial planning across media and technology. He has successfully completed $5 billion in career M&A and financing transactions as CFO; realized $250+ million of post-deal operational synergies across 16 separate transactions; and implemented numerous enterprise ERP systems for financial and human capital management. He is well versed in complex tax strategies to maximize operating cash flow and has leveraged his role on several executive leadership teams to help create expanded efficiency, innovation and growth.

“We are thrilled to have such an accomplished financial leader like J.P. joining our CMG leadership team,” said Dan York, President & CEO, CMG. “J.P. is a seasoned executive with decades of highly diverse, very hands-on operational experience in media as a Chief Financial Officer with companies ranging from start-up and turnaround environments to large scale, publicly traded enterprises. His proven and unmatched expertise will serve us well, as we lead CMG in the next phase of our growth.”

“This is an exciting time to be joining CMG and I am energized by the potential for enhanced growth and value creation given the well-respected and dynamic content, products and people CMG is known for,” said Hannan. “I look forward to working with the team to drive a clear focus on delivering strong results that will help CMG continue to grow and gather momentum as an innovative industry leader that is shaping the future of media.”

Prior to joining AutoWeb in 2018, Hannan served as CFO of several other publicly traded entities, including Social Reality (Nasdaq: SRAX), Cumulus Media (Nasdaq: CMLS) and Lincoln Financial Media (Jefferson Pilot) (NYSE: LNC). He began his career with privately held Lambert Television, where he served in a variety of roles including Chief Operating Officer and Chief Financial Officer.

Hannan currently serves as the Chairman of the Board of Trustees at Chrysalis Fund, Inc. and is a National Voting Member of the Emmy Awards for the Academy of Television, Arts & Sciences. He is a former committee delegate of the Radio Music License Committee.

Hannan holds an undergraduate degree in business from the University of Southern California, Marshall School of Business.